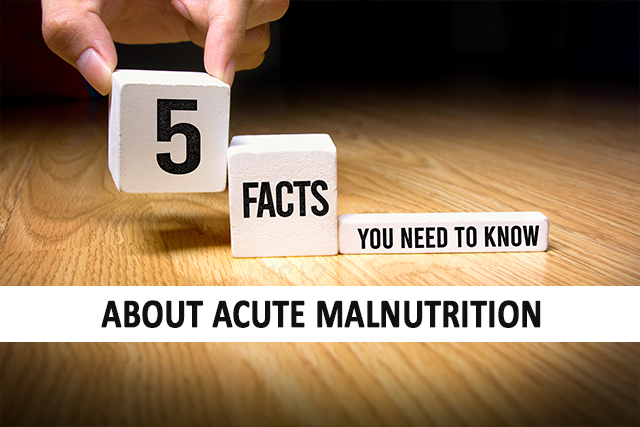 The recent climatic changes, inflation, and war have made malnutrition a global concern. UNICEF warns that without international intervention, more children will face dire consequences. So how can one help solve acute malnutrition? Apart from donating to the cause that enables organizations to work with UNICEF-accredited RUTF manufacturers and provide malnourished children with ready-to-use supplementary food, spreading awareness that malnutrition has an effective solution.

“An escalating malnutrition crisis is pushing millions of children to the brink of starvation, and unless we do more, that crisis will become a catastrophe.”

While world organizations and UNICEF-accredited RUTF manufacturers strive to help fight malnutrition one pack at a time, here are some pressing facts about Moderate Acute Malnutrition that everyone needs to know.

An estimated 150 million kids under the age of five are acutely malnourished.
WHO in 2020 found that 149 million children under five were estimated to be stunted (too short for age). About 45 million were wasted (too thin for height).

Malnutritioned children during the early years have lower IQs, a weaker immune system, and worse school performance.
The short-term and long-term effects of malnutrition are unpleasant.

These are just a few of the most common side effects. These effects carry well into adulthood and affect the quality of life.

Malnutrition is the underlying cause for nearly half of child deaths under age five.
Around 45% of deaths among children under five years of age are due to undernutrition. These occur in low- and middle-income countries. Malnourished children have a higher risk of death from common illnesses such as diarrhea, pneumonia, and malaria.

Acute malnutrition rates are declining, but not fast enough to meet Sustainable Development Goal targets.
The developmental, economic, social, and medical impacts of the global burden of malnutrition are serious and lasting, for individuals and their families, communities, and countries. While the numbers are declining slowly yet steadily, they are insufficient to meet sustainable development targets.

At the moment, malnutrition is an issue of global concern that needs immediate attention, and only ready-to-use supplementary food (RUSF) seems to be a plausible solution. World organizations like UNICEF are continually working with renowned RUTF manufacturers in India like Nuflower to curb malnutrition and contribute towards a healthier future.

Nuflower has been successfully fulfilling the demand for quality ready-to-use supplementary food in association with UNICEF. Over the years, the passion to solve malnutrition and contribute to a world where children are hail and healthy has lead Nuflower to become a preferred UNICEF-accredited RUSF manufacture